From the unforeseen effects of the pandemic to an 11-year-mortgage volume high, the past year has been ground-shifting for mortgage servicers.

Servicers faced several challenges, with the impact of the CARES Act being among the most notable. After all, it resulted in forbearance plans that millions of homeowners took advantage of.

In fact, according to the MBA’s May 18, 2020 press release, loans in forbearance made up 8.16% of servicers’ portfolio volume, with 4.1 million homeowners in forbearance plans. Black Knight’s data shows that this number decreased significantly by the end of December, dropping to nearly 3 million homeowners, or about 5.3% of all active mortgages. The MBA’s National Delinquency Survey data shows the 2020 seasonally adjusted delinquency rate dropped from 8.22% in the second quarter to 6.73% in the fourth quarter.

But despite the rapidly changing mortgage servicing landscape this last year, servicers continued to struggle with the same quality control challenges that have plagued them in years past, a MetaSource analysis of servicing QC findings shows.

Among the 10 most common findings from among thousands of servicing QC audits the MetaSource team conducted over the past year were many that reflect an ongoing struggle with missing documents as well as oversights likely exacerbated by a year of unprecedented pressures. Here’s a look at the findings list along with insights into why they occurred – and how to avoid them in 2021. 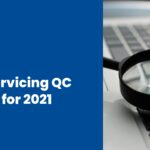 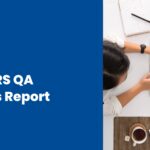